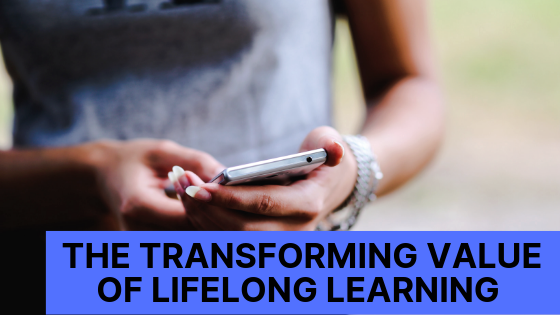 Our great 21st century misperception mixes the words Like and Follow. In a corresponding shift of the lingo this past decade, the word “conversion” has mutated, in some contexts, to mean “persuasion to purchase something.” Yes, one click can change your life, they say. Too bad converting from like to follow—from good kids and nice people to committed followers of Jesus—isn’t quite so simple.

“Like” is to “enjoy, be fond of, keen on, or partial to” while “follow” means to “emulate, pursue, tag after, keep on, and stick to.” Though it may feel sweet to be keen on Jesus, He prefers us to keep on with Him. It’s not enough to be fond of Him, we need to stick close to His heels.

In my first book, Destiny at Dolphin Bay, Melissa Travis is a nice girl, from a picture-perfect Christian family. Yet, behind the façade, she has no passion for anything, let alone Jesus.

Valeria Serrano, another textbook-good girl in my most recently-finished story, Anchor at Alcázar Reef, definitely loves Jesus—as you might love, ahem, your grandpa. If she follows Jesus, it’s from afar. Maybe better say she’s into following her own star.

Like these girls, sometimes we’d really like to be holy, but it’s way too much of a commitment. We’d love to fall in love with Jesus, but we evade the deep-end of following. LOL is a far snicker from JOY.

Remember the old jingle, I don’t smoke, drink or chew…or go out with guys who do. Come on, really? That’s the extent of our relationship with God? Clarence Darrow (of Tennessee monkey-trial fame) once accused the Christians he knew of being satisfied with mediocrity. My friends, are we?? No wonder we’re so profoundly bored.

Let me ask, what excites you?

“Never confuse holiness for boredom, or sin for joy.” – Pablo, a Chilean teenager

What impassions me as a writer is creating stories for good kids, about good kids. And I really don’t believe there are no good kids left to enjoy them. My readers aren’t perfect people, any more than my characters were always good kids—some range to the level of pretty bad kids. But hopefully, they’re open to converting from like to follow.

From dabble to sparkle, from mediocrity to godliness, from sigh to celebration.

I used to look like a good girl myself. If I was naïve, it stemmed not from stupidity but from a desire to do what’s right. Yes, I went through moments—even periods—of rebellion, but more in my mind than in acting it out. And I’m sure I’m not the only one out there who’s experienced something similar.

On the other hand, I was relieved I wasn’t that good. Why? Because I figured the good ones were, while likeable, well…kinda boring. Later, I realized the bad ones could become just as boring. Because anybody unrelated to Jesus grows old and dull soon enough.

Launch into the Deep

Please don’t be just a good girl or a nice guy, a likeable person who believes in Jesus. Be a passionate follower of Jesus. Go deeper.

A shallow “church-ianity” underlies our sometimes-obsessive desire to be considered cool/tolerant/liberal/sophisticated (or whatever) by our peers. We like Jesus, but um, not off the deep end. We prefer to be regular Janes and Joes who aren’t too “righteous” or serious about God.

Not that we’re VERY bad either, but why get uptight about stuff everyone in the culture is doing? We cling to the misconception that nobody except weirdos and octogenarians values pursuing a holy life anymore.

But as someone has asked, how can you change the world if the world is changing you?

Holiness was never meant to be about what we “should” or “should not” do. In the Middle Ages, it was a greater sin to eat butter during Lent than to lie or cheat or commit adultery. We chuckle, yet in the circle and decade I grew up in, movies and dances apparently offended God much more than despising one’s neighbors.

And in today’s bubble, so many of us still play the hypocrite by living inauthentic lives. We may have exchanged the object of our bashing efforts for something equally trivial, but ignoring the popular protocols still glares as a worse transgression than breaking many biblical commands.

But the truth is, holiness is becoming more like Jesus, growing in a relationship with Him rather than sweating over rules. Converting from Like to Follow means you “…love God and do what you want,” as Augustine advised.

Some consider that a dangerous, even suspiciously seditious statement, because we tend to depend on our arbitrary filters to distinguish who’s spiritual and who’s not. But when we truly love God, we will follow what He wants.

The truth that will transform our lives is learning to stop focusing on lists, laws, and labels and committing to follow Jesus instead of ourselfies.

BTW, the last thing you’ll be is bored.