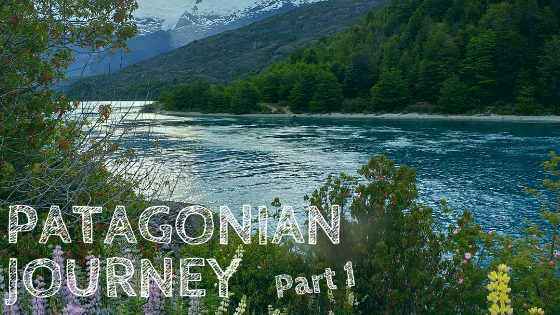 The Republic of Chile’s national anthem trumpets a hymn of praise to the country’s stunning pastoral beauty—boasting blue skies, pure breezes, and fields bordered with flowers. This “happy copy of Eden” lies cradled between its God-given bulwark of majestic white mountains and the tranquil sea that bathes its coasts and promises future splendor. Dulce patria…

So the song goes. And may God grant it, amen.

Yet over these last few months, Eden has fallen into disgrace…along with the value of the peso, the sense of confidence and security, and the—ahem—delusions of grandeur.

Still, after returning from a trip to the Chilean Patagonia this past week, I’d like to share my trek through this corner of the globe—this copy of Eden—with you. Is it paradise on earth? A little piece of heaven? The last Shangri-La, the ultimate retreat veiled behind misty mountains?

It’s certainly Chile’s final frontier. Let me clarify, I’m talking about northeastern Patagonia, as opposed to the Argentine steppe on the other side of the Andes or the icy fiords of the far south. For years, northern Patagonia (the political Region of Aysén) seemed to lack the allure of the Region of Magallanes, with Tierra del Fuego, Cape Horn, and the jump-off to Antarctica within its scope.

So Aysén sidled into a corner role, the overlooked and underprivileged stepsister of the family. This hidden gem became the forgotten beauty between the Chiloé Islands and the Beagle Canal. Few more remote places exist in the country, making it an ideal getaway after a packed year of ministry.

Back in the 1930’s, nobody considered northern Patagonia’s dense temperate rainforests and all-but-impassable mountain ranges worth investing in. The government required settlers to burn off their land before granting property deeds. (!!!)

However, Patagonia has mutated to big adventure- and eco-tourism these days. Even ten years ago, a guide told us, Queulat National Park received only around 2,000 visitors a year. Last year, they had 60,000!

And still the region’s so HUGE, you could retreat from the world and get lost in it.

“You shall create beauty, not to excite the senses but to give sustenance to the soul.” –Gabriela Mistral

My husband and I got hooked on this dream of a Patagonian odyssey years ago. It just didn’t pan out for our 25th wedding anniversary, so here we are—finally making it to celebrate our 40th. Only now…we get to cash in on seniors’ discounts.

That’s welcome, since the trip practically trumps Christmas for us this season too. And in a sense, it feels like we’re enjoying a honeymoon redo. Forty years ago, we camped in a van first at Baxter State Park in Maine, then in Nova Scotia’s Cape Breton Island—the cherry on top.

But then picture dozens of Mt. Katahdins and Cabot Trails all strung together, and you’ll catch a glimpse of Patagonia. Something like, a wedding is only the appetizer of a 40-year marriage.

However, the road to this copy of Eden has been peppered with potholes during the final quarter of 2019. The ordinary obstacles to a trip—such as setting a feasible date, delegating work responsibilities, finding my I.D. card expired, choosing a four-seasons wardrobe—faded into the fog this time around.

Because first, in early October, we acquired 500 square meters of a gravel pit with a view just outside the city, where we hoped to throw up a quickie house and move in by the end of the year. Well, that’s not going to happen this decade. Maybe the first of the next… ?

Then on October 18th, all plans crashed onto the ice when every region of Chile erupted in a social upheaval of volcanic proportions. Not exactly a “happy” copy of Eden. With the daily paroxysms of violence, how could anyone even think about traveling in such a climate?

On the other hand, is there ever a good time to take a risk? Sometimes, as the character Coni Belmar learns in Swan Dive, you just have to accept the challenge, plunge, and place the outcome in God’s sovereign hands.

One of my other main goals for this journey was to experience the setting of my book series, Swan Island Secrets. Of course, after years of studying and poring over maps, I well know where my hypothetical seaside hamlet, Puerto Cignos, and Swan Island, across the channel, are located.

But I needed to see the place with my own eyes. To breathe its air, listen to its heartbeat. To convert imagination into reality.

C.S. Lewis based his Chronicles of Narnia on the simple vision of a mythological faun carrying an armload of brown-paper packages in a snowy wood. My Swan Island series began, in the late ’90’s, with only an image of a young woman flirting on a ferry.

Gradually I sketched in additional details: The ferry is traveling from Chiloé Island to Patagonia. The girl, the only granddaughter of an iconic Italian immigrant who colonized the area, lives there in a backwoods fishing village…and she despises the idea of going home.

But why, when this place is arguably one of the world’s great destinations? Is it the garden of Eden? And what constitutes true beauty? Swan Island Secrets explores this question as it weaves a philosophy of true love with themes of identity, family, and transformation.

So we head off…

…on our Patagonian journey (with a brief detour at a Christmas village next week). While the flames of Chile’s crisis haven’t completely sputtered out yet, we prepared to get away on schedule, with some minor adjustments.

Viva Chile. May it truly become that happy copy of Eden in the song.