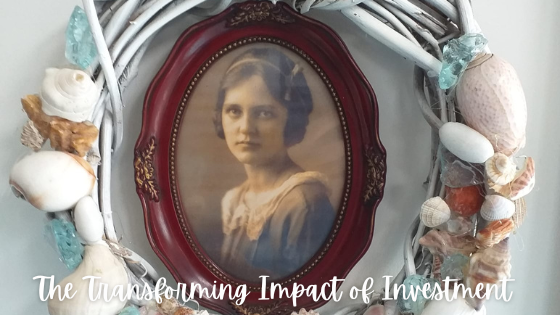 Last Sunday afternoon during our weekly walk on Totoralillo Beach—a three-minute drive from our home—I found a piece of sea glass. Emerald green, like a Sprite or Perrier water bottle. Still more glittery than glistening. Not cutting-edge sharp, but not rounded smooth either. I’m reminded that, like writer-blogger Bernadette Noll, “I want to age like sea glass.”

While sea glass isn’t completely remarkable, it’s becoming somewhat of a rarity here. Why is there so little sea glass in Chile? I ask myself. With 4500 kilometers of straight coastline (not to mention the labyrinth of southern islands), we have no shortage of beaches. Totoralillo’s known as the best in the region, a peninsula bisected by a sandy causeway, with surf and surfing schools on the right and fun in the sun on the left.

It’s not as if we don’t get occasional wild weather either, although rain is more of an event than the winds that made parasailing here famous. However, my sea glass appeared after a recent historic winter storm that brought once-in-a-lifetime snow to the inland valleys. So perhaps not a total mystery? Sea glass washed in along with tangles of seaweed, a glut of shell fragments, and more ruts and gullies than a wrinkled face.

The glass industry may have declined over the last decades, but neither Covid nor Greenpeace nor Carabineros de Chile can stop the beach parties. So perhaps we must blame the normally missing glass on the advent of plastics…which, they say, linger for centuries, or else grow brittle in the sun and smash on the rocks.

Not much transformation there. So little sea glass, so little change…under the plastic surface.

Roll with the Breakers

I tucked my shard of green sea glass away in a special dish. A few days later, I reinvented an old grapevine wreath an aunt had given me as the glass-and-shell wall decoration you see at the top of this post. Then I had the idea of tucking the oval-framed photo of my grandmother as a girl into the center. And I love it.

My maternal grandmother, God bless her, aged like sea glass. She didn’t look the same at age 76 as she did at 16, and you wouldn’t expect that. She was rounder, smoother, softer. And in my eyes, even more beautiful.

She landed her first teaching job in a one-room country schoolhouse where she had to kindle the fires herself in the frigid Maine winters. You’ve heard the old tales of wading a mile through the snow? They’re true!

Then she married in the middle of the Great Depression and took on the manifold duties of a dairy farmer’s wife: cleaning the milk room, cooking mammoth meals for the family and hired hand(s), keeping a garden and putting up the vegetables. Somehow she also carved out time for the sewing and crafts she enjoyed.

Years after, she returned to teaching—a totally different world by the late ’60’s. Still she managed to send me care packages in college that made my dormmates envious! You know, not many aproned grandmothers who bake cookies and read storybooks exist anymore. I was lucky enough to possess that more and more uncommon blessing.

But we lived through an era of great and rapid change. To age like sea glass, you have to stay flexible, teachable. You have to roll with life’s punches and adapt with the changes.

Transformed by the Tides

Some things don’t alter with time or wear away with the waves. Genuine love and concern, like the essential component of sea glass, remain basically the same in every decade and every generation.

But if we can’t learn from life’s storms, we’ll never take on the foam-frosted luster of sea glass. Resisting won’t keep us from cracking or even shattering. And though we won’t sparkle with youth and vigor forever, but we can glow with an interior radiance that’s soft and tough at the same time.

“I could do worse than become my own grandma, or anyone of the strong women who raised us. Our strengths emerged from theirs; we build on their heritage and transform their resilience and competence into our own.” –Regina Barreca

Undergoing these “sea changes” doesn’t mean simply resigning ourselves to the unforgiving physical and mental ravages of time. It involves surrendering, submitting, to the molding, shaping, polishing work of the Holy Spirit through the squalls of life.

How hard it is to buff to a gleam without grinding into despair and defiance. How delicate to rub off the superficial religious glaze and bring out a gentle shimmer. Yet the Master Craftsman continues to form treasure from our trash.

“Sea glass is symbolic of the magic of transformation.” –Anonymous

What is grace? My Webster’s dictionary lists more than ten definitions, and the first is our common idea of “elegance, charm, beauty or harmony…” On the bottom line, grace is a gift. Our word comes from the Latin gratia, favor, and further back, from the Greek charis, gift. The Spanish word gracias indicates appreciation for the favor, goodwill, or freely offered service of another.

Collected at the Beach

So how do we age and grow in grace? I do like the definition of grace as “perception of what is appropriate or right.” That shows wisdom and good sense, right? But strangely (or perhaps not), the theological shades of the word seem to nail grace best: “The love and clemency of God toward man; divine influence operating in man; state of pleasing God…”

How about aging with grace as growing in divinely inspired virtue or excellence? That sea glass would delight God and influence others.

“As each has received a gift, use it to serve one another, as good stewards of God’s varied grace” (I Pet. 4:10, ESV). The word varied here can be translated as “multi-form, multi-colored, variegated.” Ah, God’s gracious gifts to us are like the multitude of muted colors you find in sea glass.

This coming weekend in Souris, Prince Edward Island, the Mermaid Tears Sea Glass Festival will get underway. I can’t help but remember that when God collects my tears in His bottle, they become a rare and special offering. He enables us to find the beauty in our broken things.

My grandmother never had much of this world’s treasures. But as she aged with grace and in grace, like sea glass, she gave me most of the treasures I own.

She taught me to love the kitchen, to keep my teaspoons in a jar like a good Downeaster, and to use the whole rainbow of Fiestaware dishes at every celebration.

She introduced me to Anne from Canada, Heidi from Switzerland, and a host of other story characters from around the globe. Since Grammie collected salt-and-pepper shakers from almost 50 states and gifted me my first suitcase, why wouldn’t I take off to see the world?

And she prayed for me. Elisabeth Elliot says a habit of prayer is a memorial. Like the stack of stones the Israelites carried out of the Jordan River, the impact of such an investment of time and commitment cannot be calculated. Hmm, a stack of sea glass might remind me that I could inherit—and pass on—no greater legacy.

Sea glass holds silent stories for me. Where has this green piece been? Now that it lives at my house, what will it see and hear?

“When she smiles, the lines in her face become epic narratives that trace the stories of generations that no book can replace.” –Curtis Tyrone Jones

At the end of the day, I probably won’t wish I’d been prettier, smarter, richer, or better than my neighbor. But I’ll wish I’d been kinder, taken more time, laughed, cried, and prayed more. And I may wonder why I often turn away from the ugly and boring and ordinary when God can turn it into such extraordinary treasure.

Did you know that orange is the rarest color of sea glass? Orange also happens to be my least favorite color. I guess I have some growing in grace to do before I’m aged like sea glass.