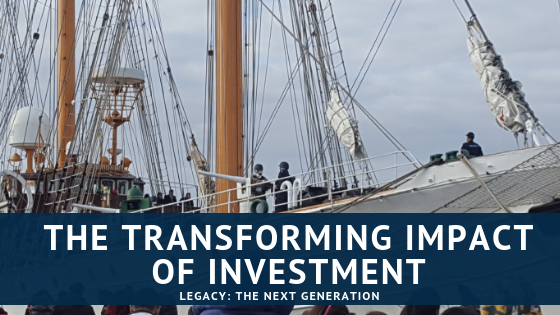 The glory of the Chilean Navy, the naval sail-training ship Esmeralda, anchored in our port city of Coquimbo a couple of weeks ago, in celebration of the holiday known as Glorias Navales (Glories of the Navy) or more popularly “21 de Mayo.” My husband and I had a chance to remember the story of the Esmeralda as we stood in line for two hours with hundreds of fellow Coquimbanos, just to spend half an hour exploring the deck of the steel-hulled, four-masted barquentine tall ship.

This past week I’ve been deeply touched by the many tributes to American military heroes, some in my own family. Over almost the same time period, we too have paid homage to our fallen Chilean naval heroes, especially those of the combat of Iquique in which an earlier Esmeralda played a significant role.

The visiting vessel in our port, this gem of the Chilean Armada nicknamed The White Lady, is the sixth to carry the illustrious name Esmeralda. The first, a frigate, was captured from the Spanish by Admiral Lord Thomas Cochrane on behalf of the Chilean Navy during the South American Wars of Independence in 1820. The many exploits of the adventurous maverick, Lord Cochrane, loosely inspired the Horatio Hornblower books and movie series.

The Chilean Navy’s second Esmeralda, a corvette captained by Arturo Prat Chacón, sank with colors flying off the coast of Iquique (northern Chile) following a ferocious sea battle against superior Peruvian forces during the War of the Pacific, May 21, 1879. This naval combat has gone down in Chilean history as the milestone date that honed the soul of our nation and taught us for the first time what it meant to love and defend a “homeland.”

Construction of the current vessel began in Cádiz, Spain, in 1946. In 1951, Chile accepted the ship as repayment for debts owed by Spain since their Civil War. Launched in 1953, she was christened Esmeralda to evoke the values of courage and sacrifice so prominent in the Chilean Navy.

Naturally, I was compelled to take advantage of the recent opportunity to tour The White Lady, now Chile’s naval “school ship.” After all, the Esmeralda is practically a character in her own right in the book I recently finished writing, Anchor at Alcázar Reef. (More on that exciting news later.) The story heroes, Nicolás Serrano and Nathán Valencia, both served a tour aboard.

“Seek opportunity, not security. A boat in a harbor is safe, but in time its bottom will rot out.” –H. Jackson Brown Jr.

In Legacy of the Linnebrink Light, Leonel Nahuelanca writes an essay to commemorate 21 de Mayo and reflects on the meaning of heroism. In his simple way he compares Chile’s fallen naval heroes to Jesus:

“In a way…Arturo Prat was kind of like Jesus, because his moment of defeat became his greatest victory. Jesus’…purpose of winning our salvation gave Him the strength to endure…the shame and the mockery of His enemies. He could look ahead in time and realize that losing the battle meant eventually winning the war.

“Sometimes it’s necessary to allow ourselves to be hurt, criticized, or misunderstood… We may have to give up our dreams or our personal comfort or convenience to make a better life for others. If that is the true standard of heroism, then yes, Arturo Prat was a hero.

“When Captain Prat leaped from the safety of the Esmeralda to certain death on the enemy vessel, some called him a fool. They said his life was wasted and his sacrifice worthless. But give me a man who will stand for something at cost to himself, who dares to be different just because it’s right, rather than one who protects himself to enjoy the world’s praise.”

Like much of military history, the Esmeralda may harbor her darker secrets, but I prefer to honor the legacy of greatness. For this year’s 140th anniversary of the Battle of Iquique, our president acknowledged that Captain Prat’s sacrifice goes far beyond the War of the Pacific and that today, more than ever, we need heroes like him who understand the values of unity, duty, and selfless patriotism.

Last week Coquimbo vibrated with the grand parade and its special guest of honor, the training ship Esmeralda. Once again, we tossed floral libations into the sea, giving symbolic reverence to the martyrs of 1879. While we recall with patriotic pride the Glories of the Navy every year, I would highlight the even more vital importance of cultivating in daily life the noble virtues we claim a willingness to die for. And of practicing our entire lives, as Captain Prat did, for the moment of our final voyage.

In the face of this generation’s challenges, it does our hearts good to remember that no life is without impact. As we follow the Captain of salvation to glory (Heb. 2:10), no sacrifice is wasted. No defeat too great, no victory too small. Truly, today more than ever, we need every hero we can find.