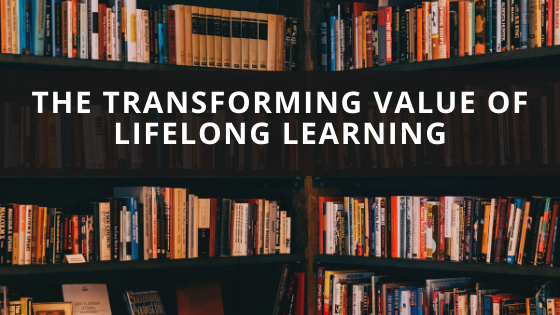 What’s on your reading list today? I’d honestly love to know. We’ve all been so serious for so long that I’ve got to break the solemnity and write something different, just for fun.

Lord knows I have enough reasons to put on a sober face, and most likely you do too. But for a little while, we’re going to push that aside and share, okay? What are you reading to pass the time?

I’ve tried to pick up Hope Chest again, after leaving the manuscript at Midpoint way too long ago. But I’m finding it excruciatingly hard to concentrate right now. Either I’ve acquired an attention disorder in my old age or it’s due to “living” online and having to write almost all my communications. Or coronacations, as some joker has said.

So…let’s talk about your reading list and mine. Why not ask your daughter or granddaughter—or mother—what they’re reading these days? Or are they bingeing on Netflix instead? Which isn’t all bad. Films do help us to learn timeless story structure and discover the charm of unforgettable characters.

I’ve lost track of exactly how many books I have on the go at present, and I’m not usually this rattled. But I’ve been known to count cookbooks (if I speedread the recipes), children’s chapter books, and PDF downloads. There’s a LOT of overlap here, but on any given day this month I could be reading:

The Bible every morning. Seriously. When you’re a Bible teacher, it helps to do that regularly ?. I read through different translations all the time, and it’s the ESV right now. The same beloved story, despite yesterday’s strangest Easter ever. But it made me stop and focus on the blessed reality of “Christ the Lord is Risen Today” in a fresh way.

Usually something devotional or “inspirational” (a controversial topic for another day)—a Bible study, spiritual memoir, or set of journaling prompts. I just finished C.S. Lewis’s The Four Loves. Before that, it was Obedience over Hustle by Malinda Fuller and Adorning the Dark by Christian songwriter Andrew Peterson.

“Burning hearts are not nourished by empty heads.” –R.C. Sproul

Something related to the art, craft, or business of writing. Call it vocational training or boot camp, it’s a way to sharpen the tools of my trade. Just now it’s a book on blogging for authors ?. Next up is Write His Answer by Marlene Bagnull, which doubles as a journaling journey.

A book of encouragement to share with the Chilean women I minister to. While we’re all “keepers at home” these days (Titus 2:5), I ladle up recipes from a crepe cookbook and tidbits from Melissa Michaels’ Love the Home You Have. The forgotten and desperately needed gift of homemaking is a hobbyhorse I ride hard in a world where the young are spoiled-then-neglected and home is rarely a refuge.

Actually, this one is paper. In addition to my electronic library, I still have shelves of unread volumes to plow through. This month it’s Journal of a Residence in Chile During the Year 1822, and A Voyage from Chile to Brazil in 1823 by Maria Graham. Don’t you get a kick out of that impressive title? While it fits in several categories, I’m mostly reading it as historical background for my series First Mate’s Log.

Maria Graham, a British naval captain’s wife who was widowed on a voyage around South America, wrote one of the world’s first travelogues by a woman and knew most of Chile’s early heroes—including the Liberator Bernardo O’Higgins and Lord Cochrane, the real-life inspiration for Master and Commander and the character Horatio Hornblower. Think of her story as the Chilean version of Anna and the King of Siam. Sometimes everything old becomes new again.

Then there are the classics… A friend and I challenged one another to read War and Peace and then chickened out. Years ago, I told my daughters they could never choose Gone With the Wind for family bedtime reading as we wouldn’t finish it before their high school graduation.

But some of the golden oldies pop up unexpectedly. I recently read Daddy Long Legs by Jean Webster (for the first time!) as a prelude to the modern retelling Dear Mr. Knightley by Katherine Reay. To my surprise, I liked them both. Three more of Reay’s books wait patiently in the wings.

Something Made Up, Something True

Almost always, I have something of history, biography, science, or travel on the go. I hunger to keep learning about myriad subjects—whatever else, the world’s a fascinating place. Lately it’s been the Spanish Civil War, which mirrors Chile’s tragic 1973 coup in many ways. The last on my reading list here was technically historical fiction—does that count?

My husband and I often read together in the car, or I should say, I read aloud to him. Yeah, we probably should modernize and get some audio books, but this way it keeps us both awake on long trips. Sometimes we read theology or marriage/family, but he’s a Second World War buff, so guess what the most frequent subject is? We finished Hitler’s Cross by Pastor Erwin Lutzer while grinding over the Andes in January. Next we started The Secret War by historian Max Hastings, but this tale of spies and codebreakers in WWII has stalled—we haven’t driven anywhere much for weeks.

Now I come to the HUGE category of fiction with its infinite range of genres. I like contemporary fiction…usually. Sci-fi and fantasy, I really do…sometimes. Romance…sometimes, and romantic suspense…usually. Mary Stewart’s mid-century suspense is a top pick whenever I can ignore the chain smoking.

Last week I read Lisa Wingate’s The Prayer Box—hard to classify but contemporary Christian, anyway. Preferences here are such a fine-tuned personal thing, aren’t they?

To tell the truth, mystery’s probably my favorite…almost always. I lean toward less cozy than cupcake killers, less noir than serial psychopaths. But it’s hard to strike the balance between serious and sweet.

I read wide, and I have a feeling that at least some of my tastes wander from the mainstream in both the secular and Christian realms. Why this and not that? Perhaps it’s random serendipity to some extent. Sometimes I get on a roll: all Christy Awards, all Newberys. Or more of a rut: all of a certain author.

Other times, I believe God directs my reading list…through a timely recommendation, a nudge to discover, a providential page or screen click…so that I find what I need at the precise moment.

What’s waiting To-Be-Read next? Hmmm, what I wouldn’t give for an Agatha Christie I haven’t read… That aside, I’ve seen a couple of medieval mystery series I want to check out. My next fiction picks will probably be: Before We Were Yours by Lisa Wingate, about “stolen” foster children, and The Guernsey Literary and Potato Peel Pie Society, a WWII historical by Mary Ann Shaffer and Annie Barrows.

And for a while now, I’ve looked forward to Walking on Water, Madeleine L’Engle’s book on writing as a Christian.

Some of what I sample is good, some’s mediocre… So help me out here. Tell me about what’s on your current reading list, whether you think it’s prize-winning or not, whether it reflects your ordinary tastes or not. These are extraordinary days.

Mention something just because. Such as I’d Rather Be Reading by Anne Bogel, which I’ll finish tomorrow. Thanks for sharing…

“If God put me on this earth to accomplish a certain number of things, at the rate I’m going, I will never die.” –Unknown

Life isn’t long enough to read everything. But hey, if we ever run out of books, there’s always Netflix.