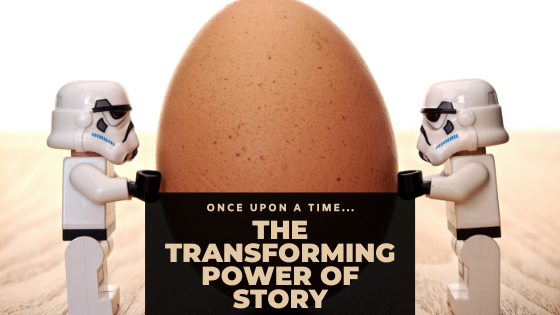 “Art takes nature as its model,” Aristotle said. In other words, art imitates life—and I believe that to a point, since much of my own writing reflects the settings and characters I interact with every day. While I’ve never suffered from a scarcity of story ideas, after experiencing the Chilean version of a “24” season this past week, I’m convinced no invention of mine could rival the “Santiago Spring” many people have lived through. You simply can’t make this stuff up.

Though our present atmosphere of tension and uncertainty makes creative focus as haphazard and chaotic as the world we inhabit, I’m encouraged by another writer who, in effect, said that the things that stole her writing time ended up giving her something to write about.

I really don’t have that great an imagination anyway. Like an acquaintance who buys thrift store paintings and embellishes them to match her personal style and her home’s palette, I’m just good at grabbing whatever’s going on and embellishing it. Highlighting, redesigning.

My friend’s brush-on-canvas play has furnished her with some amazing customized works of art. And that’s more or less what I do with the raw materials and rough drafts life hands me. Because I could never make this stuff up.

You’ve heard more than once, I’m sure, that the truth is more original than the most exotic fantasy fiction. And that’s no tall tale. Our lives transcend any story ever told. The banner of human history unfurls a reality we could never conjure up in our most far-out dreams.

“He who has imagination without learning has wings but no feet.” –Joubert

Yet a good writer can take the fabric of real life and paint a picture of strange places and stranger times, thereby offering a service for global consciousness and compassion. A good writer teaches and entertains at the same time, in order to connect on an emotional level. Using the medium of story, she applies the truth—the stuff you can’t make up—to touch hearts and transform minds in a way the evening news just can’t do. Every good story is a Seaglass Saga.

Consider how once-current events created the world’s most famous fiction:

We could go on, but you see…  A good story can enhance the historical-cultural perspective of any ordinary (or extraordinary) news feature with a uniquely personal flavor. A great story can turn it into a memorable masterpiece.

My long career in Chile is another case in point. Whenever I think I’ve heard and seen it all, something else happens. But never in a million years could I have made up the million-plus people thronging Plaza Italia last week—or any of the myriad of other recent events.

Someday I’ll write about it, be sure. Though not yet…it’s all too painfully close. I need time to process—or even shut down the information intake—and just pray. But on the bottom line, this is what I do: I collect the epic battle scenes for my idea file…

And I snatch the tiniest seeds that might sprout as well…

Then…I mine for the diamonds in the dust, for the story within the story. Oh, I change the names, the dates and places. “Any resemblance is entirely coincidental,” though you can’t make this stuff up.

But this is what fiction does: transforms hard reality to stuff we can chew, an overwhelming panorama to a size and shape we can grasp. Fiction brings the world home to a reader’s doorstep…and deepest thoughts.

While we need the catharsis (emotional release) of a story, I at least need the happy endings too. We need hope. The best fiction moves us from broken to better. It hits us in a way that we sometimes never forget.

Most reporting about Chile tends to either positive or negative exaggeration. Not so strangely, the truth lies somewhere in the middle. And most fiction portrays only one side—the strident voice of political correctness, violence and violation of “rights,” anarchy.

In my writing, however, I’ve tried to strike a different note. We have only one real problem, it’s a congenital heart problem, and every one of us—top to bottom of society—suffers from it. All my stories impress the need for a change of heart, not a change of religion or a change of government.

And I offer only one solution—Jesus. As I tell my friends in Chile, our position or opinion on the current situation must reflect a Christ-centered life and worldview.

My books present cameos of life. For example, in Destiny at Dolphin Bay, Melissa Travis arrives in what is for her a strange new world. But the Chile she finds in 1990 is also tiptoeing through the tenuous first months since the rebirth of democracy, and Chiloé Island always was a world unto itself. Then an earthquake further upsets the status quo…

Is it a true story? No, not remotely. On the other hand, a thousand times yes.

Yeah, I get it. Fiction is often deemed second-class to the evening news and real-time events. Some people are only interested if it’s a true story. But where do I get my ideas? Believe me, you can’t make this stuff up.

On the other hand, with every story I tell, I retell the one true story. About how the Son of God arrived on our planet and marched into history, laying aside his rights and riches. How He invites us to follow Him and do the same, on the way to the peace of His “kingdom that cannot be shaken” (Heb. 12:28). How the Gospel can redeem a life, a family, a town… That’s HIS incredible story, and I could never have made it up. But it’s the core of all of mine.

In Search of a Hero

Why do we love stories, to tell and hear/read them? Newbery Award winner Madeleine L’Engle (A Wrinkle in Time) suggests it’s related to our hope, our “faith that the universe has meaning, that our little human lives are not irrelevant, that what we choose or say or do matters, matters cosmically.”

A story reminds us of what’s worthwhile and that it’s within the reach of anyone. A story encourages us to become not only participants but heroes in life’s story. And I trust that my stories point to the only Hero who can save us, meet our needs, and take away our fear and loneliness.

My latest novel, Hope Chest, opens in December 1968, denominated by historian Mark Kurlansky as “the year that rocked the world.” Sixteen-year-old Angie De la Cruz is caught on the brink of this writhing globe, but things are looking up in Chile. After all…

Sound eerily familiar? I didn’t make it up. Yet, into that historical background, I introduce a personal trauma which forces Angie to make a decision that will alter her life and family forever. And with every word, I pray my readers will be stirred by ‘only a story.’

Oh, and I’ve been thinking I might write a tale about two little storm troopers who caught a big bad egg looting their galactic grocery store. No one could ever just make that up.